Lets unpack a steam train full of baggage shall we? If this triggers you or you don't want this I respect your boundaries to not take this into your head right now. This is mostly a post of writing out my feelings and I don't expect you to take this upon yourself. You might wanna go for a walk or pet a cat instead I figure.

Last month my father in law passed away from cancer. He's been sick for a long time - bladder cancer after decades of smoking and despite what seemed to be successful treatments and a not great surgery that took him a long time to heal from that removed his bowels and prostate and bladder he came home to then find it had spread to his bones. He and I were never very close - he was not a great father to my husband and could be a bit of a jerk - but I would not wish this on anyone. The last 5 months of his life he weakened and then started to live with constant pain...pain that was eventually so hard to bear that ne was not lucid with all the pain medication he was given. He was going to be moved into the hospital for hospice care soon after he peacefully left this earth surrounded by his family. It was a terrible way to die, and yet as peaceful and good as it could have been, surrounded by family and knowing he had looked after everything he could and was ready to go. He had a strong faith that sustained him, and seeing how despite his pain and frustration he deeply loved his wife and family really made me respect him a  great deal at the end. Life is wierd that way.

His illness and death had a huge impact on me. He and I had bonded a bit when he was sick -we were the "cancer buddies" and I was willing to talk to him about stuff that no one else would and I encouraged him with my recovery that he would beat this too. For a time we thought he had. We both felt the fear - each new random ache and pain means maybe the cancer is back. Every cough or weakness could be a sign of a new problem. I've been so lucky that for me it has never been anything to worry about (knock on wood). For him though? The worst fears of a survivor made real.

Trying to squash the fear of reoccurance is hard for a survivor. Indescribable. You can't really talk about it because you can't stop it and you can't fix it and after a while people get sick of hearing about it. You are expected to "get over it" and get back to life. You try. Some days you even forget. My tattoos over my scars have helped me see beauty is what used to be a vivid reminder of my sickness and take control of the "new me". Him getting sick just brought all this back for me again. Watching what could have been. Seeing the pain and frustration. The anger. The pleading. Watching those he loved suffer.

And then? THE GUILT. How dare I make this about me? How selfish of me to take his suffering and try to turn it into something else? Having lost a parent I tried to forget the pain of watching my mother fade away and support my in laws however I could, but sometimes I would just find my self crying over new aches and sitting blankly staring while petting a cat. And more guilt then...because during this I am supposed to be supporting my partner. He suffers from depression and needed my help to try and get through all this after years of covid decimating his work. So much MUCHness. Everywhere. I am usually annoyingly happy. This does not compute.

Survivor guilt is real. I know I'm not here to change the world, but I suppose I'm still here to bring a little splash of me to whoever needs it. And to fill up their cup I need to fill up mine as well. Not entirely sure how to do that, but I suppose the first step is admitting the guilt I feel. Where I go with it remains to be seen.

Life is wierd ya know. It seems a lot of things have been hitting me hard lately. Been distant from people, including my partner who is dea...

What I'm doing in my head ALL THE TIME 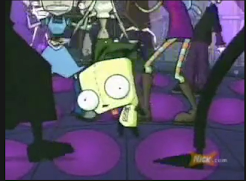 The best collection of online tunes out there

Nectar for your ears