Although I am pumped to say that I have tickets to see Coldplay in Edmonton in June, and that I used an advanced code that had science in it to get the tickets, I confess I don't have a lot else to say. So, here's a meme for ya.

Current mood: Tired but optimistic. I'm trying to figure out my work for the week and am getting nowhere, so I'm taking an early break. I know. I know...this isn't getting me anywhere is it?

Current music: I've been listening to the new Fort Knox Five albums we bought over the weekend a lot. Funky.

Current annoyance: Winter's inability to f*ck off and die. It really has driven me squirrely as of late, this eternal winter (coldest since 1952 apparently). It's finally above 2 zillion below, but now it's windy and snowing. *sigh*. It was nice on the weekend tho - nice enough to go tobogganing for hours, so I suppose I'll just have to grit my teeth a bit longer. The equinox is coming soon...

Current thing: Origami. I've made little boxes and swans and the like. I'm on the lookout for new little things to fold out of paper...any ideas?

Current desktop picture: A picture of 3 robin eggs in a nest of feathers with a quote "don't worry about a thing cause every little thing is going to be alright". I like it. Don't know why...

Current book: Just started "A Storm of Swords" by George R R Martin. Yup - onwards to the next 800 page part of this great series...

Current song in head: "All I want" by Younger Brother. Played it while I got ready this morning and it is stuck in there for good...

Current DVD in player: Season 2 of the Venture Brothers, disc 2. Just finished the demented Scoobie Doo parody with the homemade zombie ("prostituuuuutes!"). This show makes me laugh. It is utterly demented. I can't wait for season 3...

Current refreshment: Coffee, with cream and sugar. Since it's a coffee break, who am I to argue? In this, I am willing to conform...

So, have a snicker and begone with you. There is much to be done this fine day... 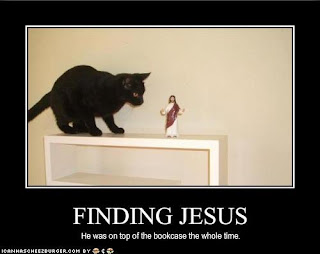 Have a good day all.
Labels: meme