Soapbox rant of the hour 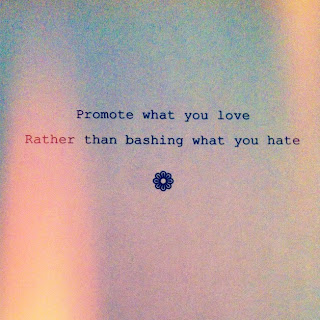 *sigh*
I ask this fervently to my friends out there:

So can there please be a polite debate between atheists and believers that doesn't just insult the intelligence of believers on one side, and blatantly disregard scientific facts on the other? Seriously - the "only stupid people have religion"  on one side and "science is evil, I'll pray for your soul"on the other side is inflammatory and does nothing to address issues and ask the questions that need to be asked. And it's getting old.  I have a few outspoken atheist friends and lately they seem to be going out of their ways to be dicks. Likewise with the religious ones...mostly in defensive response.

I get that never the twain shall meet, and I have my own opinions and I love to discuss things and look at them honestly. I simply do not like it when people feel the need to insult or verbally attack people to try and build their argument. If you have to do that, then you need to walk away, because either you *have* no argument or you've hit a wall and your arguments are not getting through to the other person - being mean at that point, in frustration or "righteous anger" is just being mean, period. And it's damn annoying to be around too...

And don't even get me started about the whole hippy happy medium side.
I have spent so much time debating and debunking crystal feel good chakra semi-hokey anti-science evils-of-vaccination stuff lately that I could scream. So to my hippy friends I ask you - If you're going to quote science, do the world a favour and research it first. No I'm not kidding -Look it up. No not just what some guru said on the internet...use (*gasp*) a book! A real, peer-reviewed journal maybe? Science is bloody complex...there are no Cliff's notes. Plus, if you feed me bullshit science to fuel your arguments, well, lets just say that it is my goal in life to logically and step-by-step debunk your BS and lay out whatever is known to be proven at the time for open discussion. I will not be told that facts are untrue by someone who hasn't even bothered to read them.
Consider yourself warned.
Take the time to question things. Because you can. Because you should. Your mind is an empty vessel and you choose what is put in it. Sometimes the truth is uncomfortable. You won't like it. But it doesn't make it any less true. And it doesn't make the world anything less than spectacular :)

Oddly enough? Wacky conspiracy theorists I can take lately. They're just fun, and will let you differ in opinion. Generally, they take some time to look up things. They just want to say their piece and sometimes the odd connections they make are intriguing, if not bizarre. And well, my good peeps - When the tin foil hat people look the most logical...well, lets just say we've got issues!!!