I am so pumped for my friend Jesse - his band The Depth have been working on an album for over a year and it is done and in the bag, and tonight is their CD release gig at a great local venue Amigos. A great local funky DJ The Gaff, is opening for them, and it promises to be a fine night. CFCR, our beloved local community station is sponsoring the show, because they too, are full of awesome sauce. :) 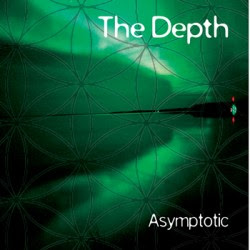 Even if I didn't know Jesse and Aaron and think they were amazing people, their CD is really good. It's has an organic electronic rockish sound..a bit hard to describe. But Solid. Unique. 2 particular tracks Mother Ocean and Where You Are have gotten stuck in my head a lot lately, because - well - it's a damn fine album. Where You Are...is becoming one of my favourite songs period...who'd have thought? I shake my head sometimes that it's people I know making these sounds. :)

If you somehow hear of them coming to your town this summer, or happen to be at Motion Notion festival in Alberta, where I know they are playing, or can pick up or listen to their music, I highly recommend picking up the album. Especially track 10...:)

If you're anywhere about in Saskatoon, come by tonight and see them. It promises to be a great night!