My husband has a terribly sore throat and can't talk. It hurts him to swallow. Normally I'd joke about the no talking thing but the poor man really is in a lot of pain. After 4 days of it he actually went to the Mediclinic about it yesterday, which means it's really bad - he hates doctors. Poor guy had to wait 3 hours for a throat swab and someone to tell him to rest and that he has laryngitis. No Sh1t Sherlock.
They think it's probably viral which means there's nothing to do for it other than rest and not talk...I was hoping it was strep throat just so they could help him, but they said they'd call him back today with the results of the throat swab. The irony of calling someone who can't talk to give them results on why they can't talk was apparently lost on the desk clerk. I hope he feels better soon. He's very hermity when he's sick, and I feel guilty when he feels bad and I can't help. It could be a very long and boring weekend.
In the cat world, things are slowly coming along. Gavin and Widget have made their peace with each other. They will be around each other and not hiss or growl. They don't go out of their way to meet up, but they are getting along. Widget is a play fiend and will let us pick her up and purrs like a little motor. Dax is still hissy and growly with the other 2 cats, but she is coming out into the main house now and not hiding as much and played with us yesterday. She's let J and I pet her and ate within 2 feet of Widget this morning without growling, so I'm hoping it'll just take some time. They don't all need to be friends...I just don't want them fighting. Especially with Gavin being the oldster he is...his last days are going to be the comfiest and most well fed I can make them. He will still eat wet food, but isn't eating as much as I wish he would, but I'm trying my best to get him to eat as much as he can so he doesn't get too skinny. Love that chudly little guy.

It's the weekend. I have no idea what will be happening. I plan to put up a small christmas tree on the weekend. What with 2 new cats I figure I'm inviting doom if we put up the big tree, so I'll put the small 3 foot one up from my apartment on top of the bar and see how it goes... 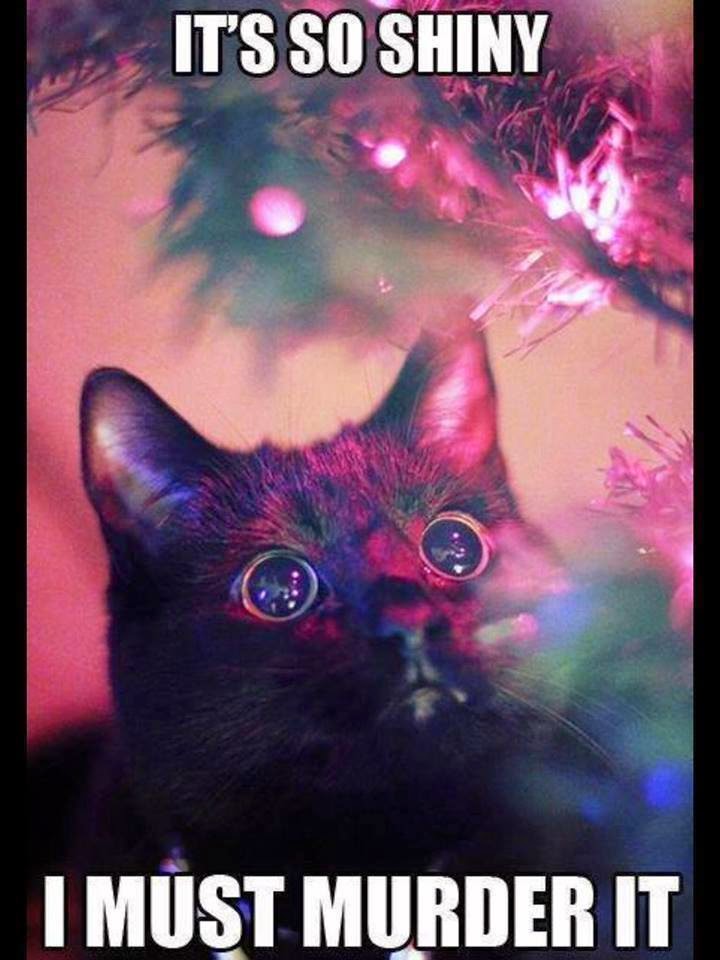 November is almost over. Yes.