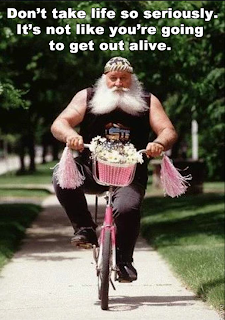 Got yelled at today by a (justifiably) pissed investigator and altho I tried to help and ended up fixing things, it was a case of me not being in on all discussions on my part and a case of not being involved at all and then finding changes were made without knowledge on his part. Somewhere along the lines things weren't communicated as they should have been. And I was caught in the middle...and so I tried to help and didn't have all the information to do so at first and did my best to fix things. Arrangements were made (which thankfully I could get everyone to agree upon) and everyone is happy again.

I was actually pleased in that I was able to help, even tho I am rather pissed that people are doing back room bullshit that drags me in, despite my best efforts. I am transparent, even with the assholes in my group, because I feel it's my job to be fair and help everyone, despite their attempts at fuckwittery. In the guy's position I would have been angry too, altho I would have behaved better. In the end, since I was tired and frustrated and annoyed at the situation and the yelling I too got emotional...but it meant me crying a bit (which I can't stand as I refuse to let my emotions interfere with my work)), but it made the guy realise he was being a jerk and back off...and then we could calmly work together and fix things. I was not the person to be pissed at - and he apologised. Then I fixed it, despite the failure of those above me to keep me filled in on things. I have to have a mildly uncomfortable discussion with my boss about this so that this doesn't happen again in the future. They don't pay me enough for this kinda thing.
I am happy I could deal with it in the end tho. I may be good at this job after all :)