Now kiddies, remember to put on your 3D glasses

We last bought a TV just after we married about 13 years ago. It was 30" and worked just fine...the thing was still kicking, but when J stopped working for Evil Conglomerate Who Shall Not Be Named we cut our cable and have been resorting to DVDs. The idea was to get an AppleTV and buy the few shows we want to watch (like Doctor Who) and hook up Netflix for the cold winter nights when you need something to entertain you...but our TV was too old. And our non-bluray DVD player was dying too....and, yup - no HDMI on either of them. So we sat and waited...mostly for J to decide on a TV. We'd been putting money aside and after 3 months (grrr...honestly I'd given up asking about it) we finally found a good Sony one on sale with all the inputs and outputs we need to hook it up to our old amp and such and to all the new stuff... and finally got it back to our place for this weekend. It was 3D as a bonus...and there was a 3D bluray player on sale as well, so now that we've replaced all the necessary technogubbins we're all kitted out. 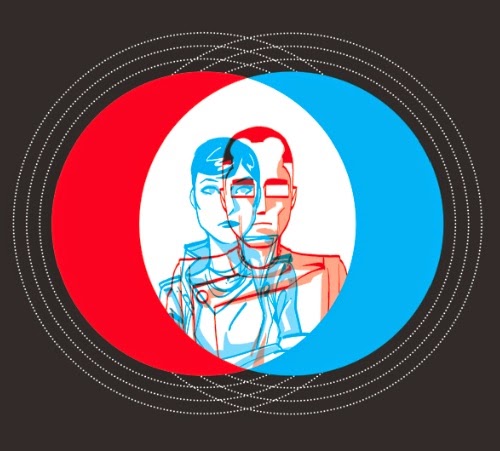 And damn...it's cool. Not only is the screen so much bigger (50") and clearer (blueray is rather swanky I will admit), but it's net-ready so we have all that set up now too. Instant Netflix. We still need an AppleTV for eventual complete technological update of the house so we can stream our music from the computer out the stereo by wifi, but it'll do pig, it'll do damn well. It's like we leaped ahead about 20 years in a few days. We can even plug a memory stick into the DVD player to play files off of that. Most of all tho- the 3D is a damn cool bonus. I'm glad it worked out to have it - we weren't looking for it, but man - we bought the Hobbit on 3D and watched it over the weekend...and it was brilliant. I keep hearing Count Floyd in my head reminding me to put on my 3D glasses...he heh

Add to that that the Season 8 of Doctor Who that we totally missed out on is now out on DVD?
Well, I know where I'll be for the next few weeks. Gotta catch up on the new doctor-from the few we've watched I like him already. And the new opening credits? Wow.

OR should I say Dayum...
Looking this over I see that this post has 200% more damns than usual.
Uh oh...to make sure Santa comes by I shall go wash my mouth out with soap forthwith.
And by soap I mean scotch...
What? It's antiseptic...